Victoria’s Secret is bouncing back despite the pandemic

Victoria’s Secret is poised to emerge from the pandemic stronger than it went in — thanks to a fresh new look that includes curvier models and slimmed down shelves.

Yes, the hot pink walls and padded pushup bras are still there. But the lingerie brand famous for only using skinny models to sell its version of a male “fantasy” has been quietly updating its decades-old image in other ways, including advertising that’s now peppered with plus-sized models like Devyn Garcia and Candice Huffine.

“In the summer, Victoria’s Secret used the pandemic as a reset,” said retail consultant Gabriella Santaniello, chief executive of A Line Partners. “It finally got its act together and started featuring plus size models.”

Even as it expands its consumer base, including by adding XXL pajamas and larger bra sizes, it’s becoming more selective about the items it sells in stores, which has more consumers buying at full price, observers said.

The changes, while subtle, appear to be paying off — despite the pandemic crushing foot traffic at malls where many Victoria’s Secret stores reside. The L Brands’-owned lingerie seller, which is one of the nation’s largest mall retailers with more than 900 stores, was forced to close 223 of its stores last year.

It’s a far cry from where the company was at the start of the pandemic, when its stores were being shuttered and a deal it had hatched months earlier to save it from sagging sales by selling a controlling stake to private-equity firm Sycamore Partners was squashed.

Leading up to the pandemic, the lingerie company was plagued by image problems, the least of which was that the stores had been stubbornly sticking to the marketing strategy that had made them popular decades ago under retail guru Les Wexner.

By 2018, the company was under fire for controversial comments by its long-time marketing chief, Ed Razek, who said plus-sized women and transgender people weren’t included in the company’s annual parade of scantily clad women down the catwalk “because the show is a fantasy.”

And by early 2020, more than 100 models had slammed the company in the New York Times for a “culture of misogyny” at a time when Wexner, 82, was facing scrutiny over his past connections to pedophile financier Jeffrey Epstein.

Wexner, who said Epstein “misappropriated” more than $46 million of his personal fortune while serving as his money manager, retired in May. The company, which also owns Bath & Body Works, named its chief financial officer, Stuart Burgdoerfer, interim CEO.

Customers seem appreciative of the changes, which have included Garcia — whose Instagram account says she wears a size 14 dress — gracing the cover of the lingerie company’s holiday catalog wearing a black teddy and a smile instead of a come-hither look on her face whilst holding an enormous Christmas ball over head.

Devyn Garcia on the cover of the holiday catalog. 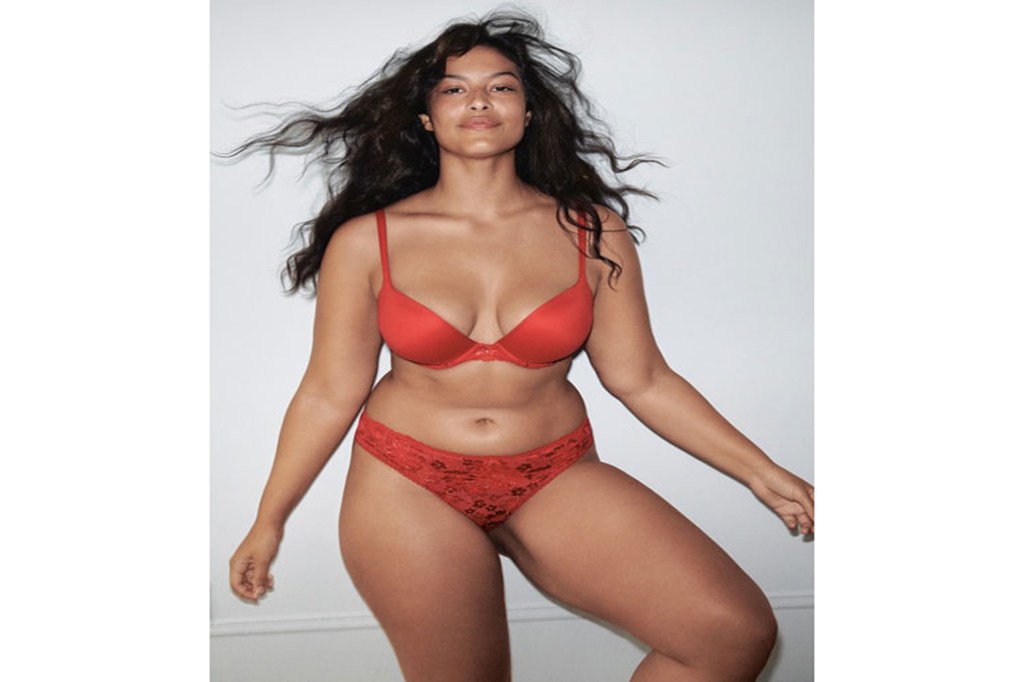 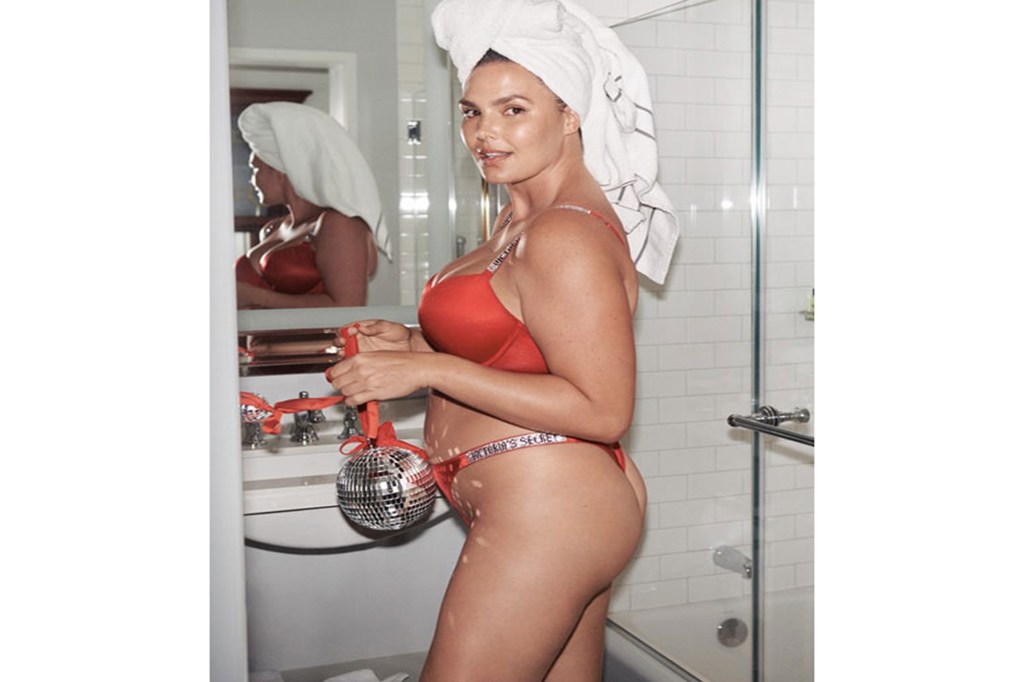 There is always a good reason to watch the college…

“Victoria Secret using a real size woman for an ad?,” one customer recently wrote of the image on their Facebook page. “Ok, I am going back to be a Victoria’s Secret customer! Way to go!”

“LOVE that they now have XXL

THANK YOU VS!,” another customer wrote.

“She is literally my shape!! I love it,” another customer wrote of Garcia. “Wide hips, tiny boobs. Love

Overall, the company’s social media posts of larger sized models have been attracting more comments, many of them positive, than its traditional models.

It’s not just more inclusiveness that’s helping drive sales. The brand, which had turned to discounting as its sales plummeted in recent years, has also pulled back on the promotions, which is helping boost the bottom line, experts said.

“This company which had been called out for being a dying brand is selling less, but charging more for its products and making more [money] because of it,” BMO analyst Simeon Siegel told The Post. “They are charging more for everything they sell, about 20 percent more.”

In addition to less discounting, Victoria’s Secret has also added more loungewear, pajamas, robes and leggings to its product assortment, according to Santaniello.

“Victoria’s Secret looked at the assortment mix and said, ‘We’ll capitalize on what’s going on with the pandemic,’” Santaniello added. “They didn’t get rid of lingerie, but the over-the-top teddies and strappy things are probably half of what they were before.”

“We’ve been working hard, as you recognize, to stabilize and begin the turnaround at Victoria’s Secret,” interim CEO Burgdoerfer told investors in November. And the process has been “paying dividends” thanks to “better merchandise, better assortments, better presentation, better marketing, better selling.”