Walmart had a resupply of PlayStation 5 consoles on Thursday afternoon. They sold out nearly instantly.

Because of the pandemic, Sony decided not to go the traditional route and didn’t sell the new console in stores at launch.

Instead, the only way to get one last week was to have preordered it months ago from one of several retailers. But at least one retailer, Walmart, announced plans for staggered PlayStation 5 supply drops throughout the day.

The first, at noon ET, caused the entire Walmart web store to crash. A technical-error message said simply, “No healthy upstream.” It was later replaced by a more user-friendly page explaining that the store was overloaded by too many shoppers at one time. 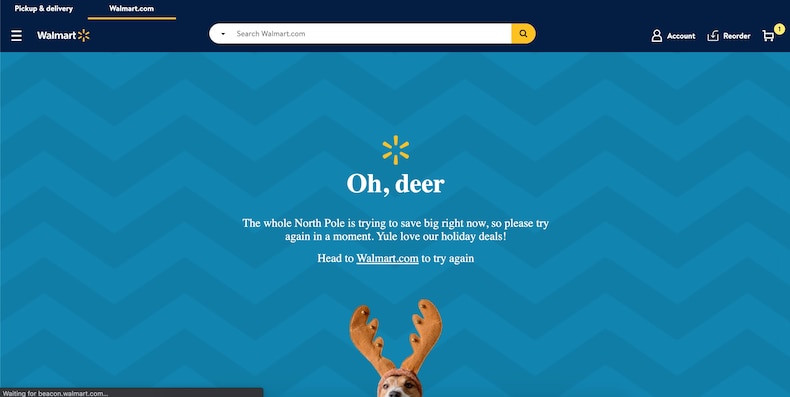 When Walmart had a temporary resupply on Thursday at 3 p.m. ET, the website was once again largely inoperable. I hit errors while attempting to check out, and was repeatedly redirected to the error page above.

Eventually, the website said it was out of PlayStation 5 stock.

“Like last time, there continues to be a huge amount of interest in the PS5 that caused the site to be a bit slower than normal for a few minutes, but still functional,” a Walmart representative told Business Insider.

It’s unclear how many PS5 consoles Walmart had available on Thursday, but it is clear there weren’t enough for everyone who wanted one: Despite our own attempts to buy one, Walmart had sold out of consoles in less than 15 minutes.