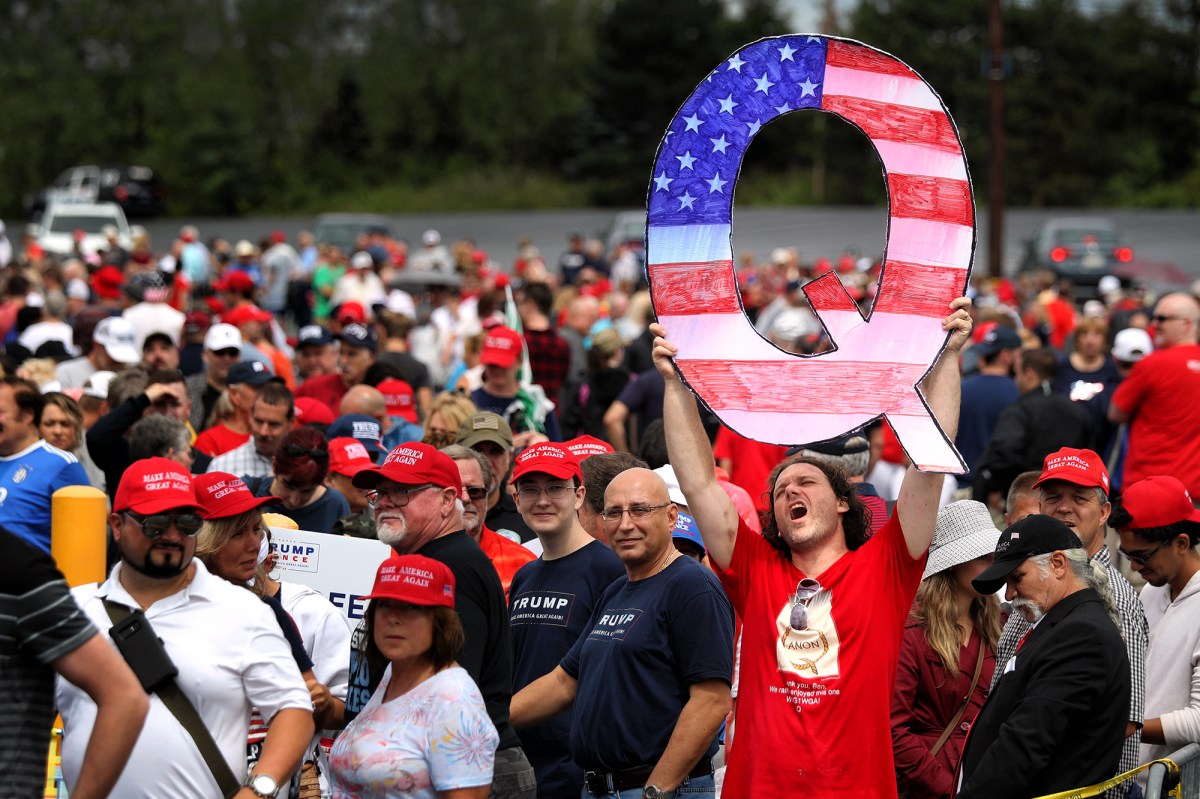 YouTube is cracking down on conspiracy theories pushed out by believers in the QAnon movement.

The Google-owned video platform announced Thursday that it will be banning cospiracy theory content that targets individuals and groups and that is “used to justify real-world violence.”

“One example would be content that threatens or harasses someone by suggesting they are complicit in one of these harmful conspiracies, such as QAnon or Pizzagate,” the company said in a blog post.

QAnon’s content often focuses on baseless claims of a conspiracy between Democrats and pedophiles.

The Pizzagate led a deranged man to open fire in a busy restaurant while “investigating” the bizarre conspiracy theory that claimed Hillary Clinton was behind a child sex ring.

News coverage about the conspiracy theorists will be allowed to remain on YouTube so long as it does not target individuals or protected groups, YouTube said.

YouTube’s move comes a week after Facebook removed hundreds of QAnon-affiliated groups over concerns that they could threaten public safety.

The social-media giant said last week it took down more than 790 groups, 100 pages and 1,500 ads linked to the conspiracy theorist movement.