2 white, male startup founders just raised a $2 million seed round from only female VCs, thanks to a tweet 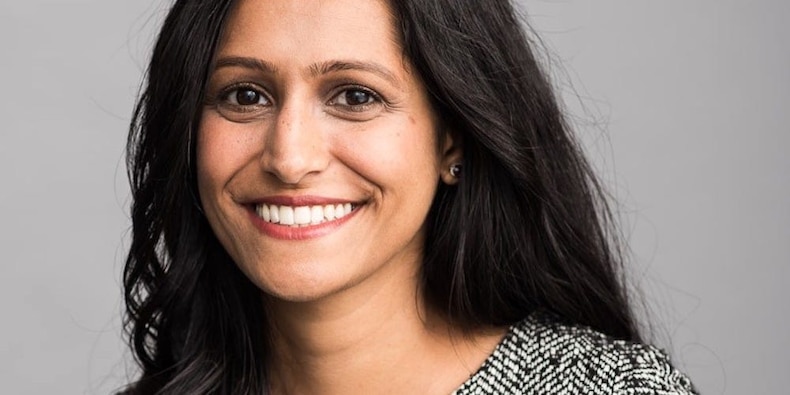 Shruti Gandhi is the sole general partner of Array Ventures.

Gandhi, who led the round, said she’s typically the only woman in a deal. Women hold less than 5% of partner jobs at US venture capital firms, according to Women in VC, the largest self-reported database of female investors.

The deal was led by Array with participation from Bloomberg’s investment arm, Bloomberg Beta – founding partner Karin Klein spearheaded the deal – as well as a syndicate of female angels who wrote small checks into the mix.

“The most successful businesses of the future will have diverse teams as a foundation,” Klein told Insider in an email. “The way Champ and Joseph built Capsule’s investor base starts the company in the right direction.”

Capsule was born out of the pandemic as a solution for brands to produce short-form videos that look and feel more polished. The product lets users add branding, effects like lower-third graphics, and music to their videos, so they can skip the hours they would have to spend learning advanced video-editing software like Final Cut Pro.

The company was bootstrapped for the first eight months by two cofounders, Champ Bennett and Joseph Jorgensen. Then it landed some high-profile customers like Netflix, Google, and Samsung, and the team decided it was time to ramp up. The company is using its venture capital to hire for positions like a lead designer.

Bennett said he was immediately interested in raising from Gandhi because she spoke the language of an engineer. She started her career as a software engineer at IBM before moving into investing at Samsung’s venture fund.

Gandhi floated a term sheet to lead the deal, and she pitched him on filling the round with all women.

It’s a pitch she’s made before but until now she’s heard a standard answer, she said: “That would be ideal, but let’s just get back to business.”

Read more: Seed funding seemed to fall off a cliff in 2020. It will explode in 2021 with a new class of investors and ‘mango’ rounds.

“I did not go out saying, let’s do an all-female cap table,” Bennett, who is also Capsule’s CEO, told Insider. “We did the typical ‘spray and pray.’ We hit up as many people as we could.”

But Gandhi’s pitch struck a chord.

For one thing, it felt like the “right thing to do,” Bennett said. He has four nieces who love engineering and building with LEGOs. “It’s important to me that they have all the advantages and opportunities that I have,” Bennett said.

Another reason, he wanted dedicated, driven investors in his corner. Capsule is his third venture-backed company. The previous two, Phhhoto and Hypno, shut down after revenue dried up, TechCrunch reported.

“It’s a deadly combo – people who are really talented but also underestimated tend to be the ones who roll up their sleeves and work the hardest,” Bennett said.

Gandhi called up some female investors in her network and shared memos on why the company was a sound investment.

But she got the biggest response after tweeting that she was trying to pull together an all-female cap table.

Gandhi said the round took weeks longer to close than similar deals she’s done because of its unique constraints.